Sri Lanka exchanged the Memorandum of Cooperation (MOC) with Japan in June 2019 with regard to the Specified Skilled Worker (SSW) system to open new opportunities to Sri Lankan youth and to eliminate malicious intermediary businesses operating here.

The system is to promote the smooth and appropriate accepting and sending of qualified personnel from Sri Lanka to Japan.

The program could not be implemented in Sri Lanka for the past two years mainly due to the Covid pandemic which did not create a conducive environment to conduct examinations.

However, the Special Representative of the Sri Lankan Association in Japan Roshan Gamage said that the program will start from January next year to conduct the required tests in Sri Lanka, enabling youth to be employed in Japan in various sectors. 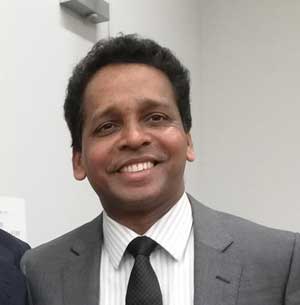 Gamage, former Minister for the Sri Lankan Embassy in Tokyo was appointed the Special Representative to coordinate events to improve relations between Sri Lanka and Japan. Upon returning to Sri Lanka after his three-year stint, he now coordinates awareness events on the new opportunities offered by the Japanese Government regarding employment.

“We have many opportunities from Japan in employment, education and training for our young generation. Japan is targeting to bring in foreign workers because one-third of the Japanese population is passing 65 years. The country has the largest ageing population percentage in the world. Therefore, they have amended their immigration laws to accept foreign workers to Japan and Sri Lanka is to receive this benefit,” said Gamage.

Japan has opened 14 sectors or industries to foreigners and is expecting over 345,000 foreign workers within five years. At present, Japan has signed MOCs with 12 selected countries. Sri Lanka was the 7th country.

The largest allocation of foreign employees is for the healthcare sector with 65,000, mainly to support the ageing population. Building cleaning and management, construction, material processing, industrial machinery and manufacturing, electric and electronic information-related industry, ship building and ship-related industry, automobile maintenance, aviation, lodging and accommodation, agriculture, fisheries, food and beverages manufacturing, and food service are the other sectors.

At present, the Government of Korea accepts foreign workers to similar sectors but Gamage said the acceptance system is quite different. The workers should pass two exams-the Japanese language test and the skills test. Regarding the language test, candidates can chose either the Japanese Foundation Test or the Japanese Language Proficiency Test (JLPT N4). For the latter, the N4 level is required. Moreover, the applicant should pass a skills test in one of the 14 employment categories of their choice.

“These tests are conducted by an independent authority appointed and supervised by the Japanese Government. They will conduct language and skills tests from next January for two employment areas – nursing care and the food service industry. Aspiring Sri Lankan youth can apply once they are satisfied with their competency levels. All exams are conducted in the Japanese language,” Gamage said. The Sri Lankan Association in Japan conducts awareness programs on the SSW and hopes to introduce Japanese language courses for aspiring youth in the future.

“We have understood that many vocational schools and authorities focus on their curriculum rather than target this kind of foreign programs. We hope to meet them and make them aware of the opportunities in Japan, create awareness among the youth on the system and how to prepare for it,” Gamage said.

He said in Sri Lanka, many people fall into the traps of bogus employment agencies where they are stripped off of their hard-earned money. This kind of opportunities from Japan can be used illegally for their unethical financial benefits. The Association aims to discourage this by conducting awareness programs targeting the Sri Lankan young generation. The first program was held online yesterday.

“We collaborate with other Sri Lankan associations in Japan such as professional, student, academic and business and Automobile Associations. to successfully implement this program,” Gamage said.

The Japanese authority is to publish the date and time of exams in Sri Lanka next year. A special website is dedicated to provide information of the SSW in the language of the partnering country, including Sinhala. (www.ssw.go.jp/en/) Interested parties can obtain all information in the language they prefer to start the application process.

Since the program commenced in 2019, 82 Sri Lankans already been in Japan for studies, are now employed under this system, mostly in nursing care, food service industry, accommodation lodging, and building cleaning and management. Youth living in Sri Lanka were unable to leave for Japan as the exams were not held.

Apart from language and skills, those aspiring to leave for Japan will have to learn their ways and adapt to a completely different culture to make a life there. Gamage said learning social skills was also important. “Those who went to Japan earlier have already adapted to the Japanese culture. But others looking forward to go to Japan should understand the Japanese work culture, and undergo a cultural awareness program. The Japanese society compared to Sri Lanka is totally different,” Gamage added.

Although the Association, at present, is engaged in creating awareness on the SSW program to encourage youth to sit for exams, they will later conduct orientation programs before the youth depart for employment.

“If Sri Lankans are aspiring to go to Japan for work, the Sri Lankan Association recommends them to go under this program. At present, there are many avenues to go for studies or employment. Most youth go as language school students. Later, once they pass the language exam, they enter vocational schools and become eligible to apply for jobs in Japan.

Thousands of Sri Lankans are working there now after completing their language and vocational education,” said Gamage.

In contrast to the Korean foreign employment system, the SSW does not have a quota system. Therefore, if Sri Lankans work hard and get more eligibility, more youths can be employed in Japan regardless of the numbers.

“Candidates usually had to find their way to Japan through agencies once they complete a language competency test and this is highly unreliable. Under the new system, candidates can contact the Japanese party directly to find a job, rather than opting to go through an agent. By directly contacting the Japanese companies, they would not have to bear the addition burden of agency payments either,” Gamage added.

Japan opens doors to Lankan employees
Sri Lanka exchanged the Memorandum of Cooperation (MOC) with Japan in June 2019 with regard to the Specified Skilled Worker (SSW) system to open new opportuniti...